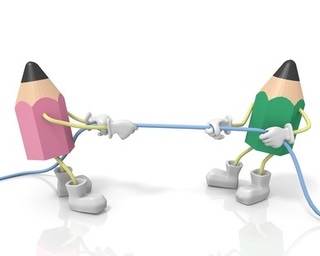 Dr. Mangiero is passionate about sharing timely and relevant insights with her blog readers. 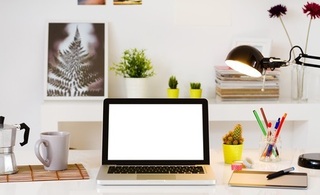 Dr. Mangiero's computer is always humming about this or that topic.

Value of Happy Endings in Film 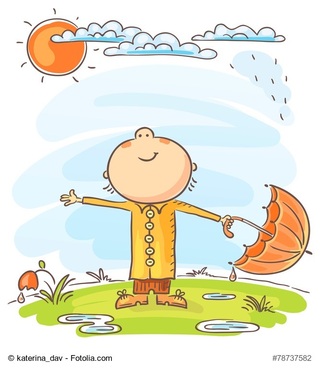 If you have yet to see La La Land with Ryan Gosling and Emma Stone, consider a trip to the cinema for an entertaining tale of two young people with Hollywood dreams. Set to music, the film is visually appealing and a nice throwback to the Fred Astaire – Ginger Rogers type productions of yore. The stars, box office draws both, convince the audience to root for them as they seek fame and fortune. Their path is not easy. We watch the protagonists realize their share of hard knocks and disappointments. Yet they triumph … sort of. (Stop reading here to avoid SPOILERS.)

By taking risks, they both end up with undeniable career wins. One becomes the kind of famous actress she once served as a barista. The other opens a jazz club where he plays nightly to a flowing crowd. The rub is that they are no longer a couple. We know this because we see “what if” home movie footage of the two leads with a family they will never have. On cue, the hanky moment appears. The Sebastian character looks up from his piano, sees his former amour Mia seated next to her husband. Their eyes connect. She appears visibly bereft as does he. He falters at the keys, trying to gain strength to continue. He nods at her as if to say “It’s all good and meant to be.” Moviegoers sob, at least some of them. I suppose the message is that nothing is free. Love had to be sacrificed in the name of art.

As some reviewers point out, there are plenty of individuals who pursue a dream, accomplish much and yet remain with the one who knew them when. Why substitute sad for happy? I felt similarly triste when I watched Splendor in the Grass, the 1961 offering by director Elia Kazan and award-winning writer William Inge. You root for the star-crossed duo played by Warren Beatty and Natalie Wood, only to realize in the end their lives had led them in different directions, never to join again. More tissues please. Sob.

Part of me acknowledges that sad endings may be more realistic and perhaps even more memorable but I still favor happy ones. Some agree, adding that smile-friendly movies do better at the box office. Others counter that life is not always a metaphorical bowl full of cherries. Screenwriter Philip Gladwin worries that the journey of the hero, a la Joseph Campbell, is losing ground to an undue focus on “death, destruction and despair on screen in the last couple of years.”

If one’s goal is to sell, then obviously a writer needs to research what is commercially viable. However, if the purpose is to make a difference in an upbeat way, I don’t see how one can give up on fictional ideals, even if they are challenging to attain off the screen. Then too there is the issue of what satisfies the writer. For my part, I much prefer putting words on paper that enliven, entertain and ultimately inspire positivity. That does not mean that my main characters effortlessly glide through time or are simpletons who guffaw all day long. They endure adversity and are the better for it. They focus on the upside and keep moving forward. That’s about as real life as it gets for those who dare.
Be the first to comment